Space For Robe in Ibiza

Iconic award-winning Ibiza superclub Space Ibiza was the first venue to launch its 2014 summer season in style, with a 10 hour party together with a spectacular lighting rig designed by Eduardo Valverde which included 42 x Robe moving lights.

In addition to creating the lighting, video and stage design which incorporated numerous LED elements Valverde also undertook programming and operation of the opening show which featured a multi-DJs line up making the vibes. This was spectacularly high in impact to match the profile of the club and the occasion.

The party began at 4 pm and ended at 2 am so he needed fixtures that could withstand being worked non-stop - and to the max - for the duration as well as ones that would register in daylight.

The LEDWash 300s were rigged on vertical truss sections left and right of the stage and used to light the audience and as blinders.

The Pointes were located in groups of six on moving trusses over the stage and were held back and used only after sunset.

“The Pointes were absolutely vital to the show”, explains Eduardo. “I created all my beam effects with them, both on stage and out over the audience. For this type of event it’s essential that the lighting interplays with the party-goers – it’s one of the fundamentals of dance event lighting!”

He chose Pointes because of the zoom and prisms, features that enable a huge variety of beam effects to be created. In a long show the pressure is also on not to repeat effects too often.

It was his first time using LEDWash 300s, which “Worked great! I really like strobing each of the individual rings!”

Valverde has been using Robe products in Spain for around a year, and before then encountered them a few times whilst touring America.

“Robe is designing and launching more and more innovative products every year and lighting professionals are very thankful for that!” he states. “Robe fixtures are reliable and robust, and I always test units rigorously beforehand to ensure they are up to the serious operational requirements of EDM events”.

He programmed and ran the Opening Space Ibiza lighting using a ChamSys MQ100 console and a Fader Wing and a ChamSys MQ60 plus Extra Wing as back-up.

Visuals for the event were created and operated by Madrid based Geométrica Estudio and general production was by Barcelona based Art Pro Tech.

This was Eduardo’s 13th event for Space Ibiza. Each year he lights both the Opening and Closing shows, and as the club is celebrating its 25th anniversary in 2014, there will be a special midsummer even this year!

Valverde started his lighting career in 1992 and went freelance to continue developing this and learning more about lighting, set and video. He has worked with many famous Spanish artists like HombresG y El canto del Loco, Raphael, Luz Casal and Carlos Jean.

Although he designs visuals for numerous different events, he is focusing increasingly on EDM and participates in big Spanish projects in Goa as well as Space Ibiza, the Space of Sound Festival, Klubbers Day, Infinita, Aquasella and the Sónar Festival, amongst others.

Robe’s distributor in Spain is San Sebastian based EES. 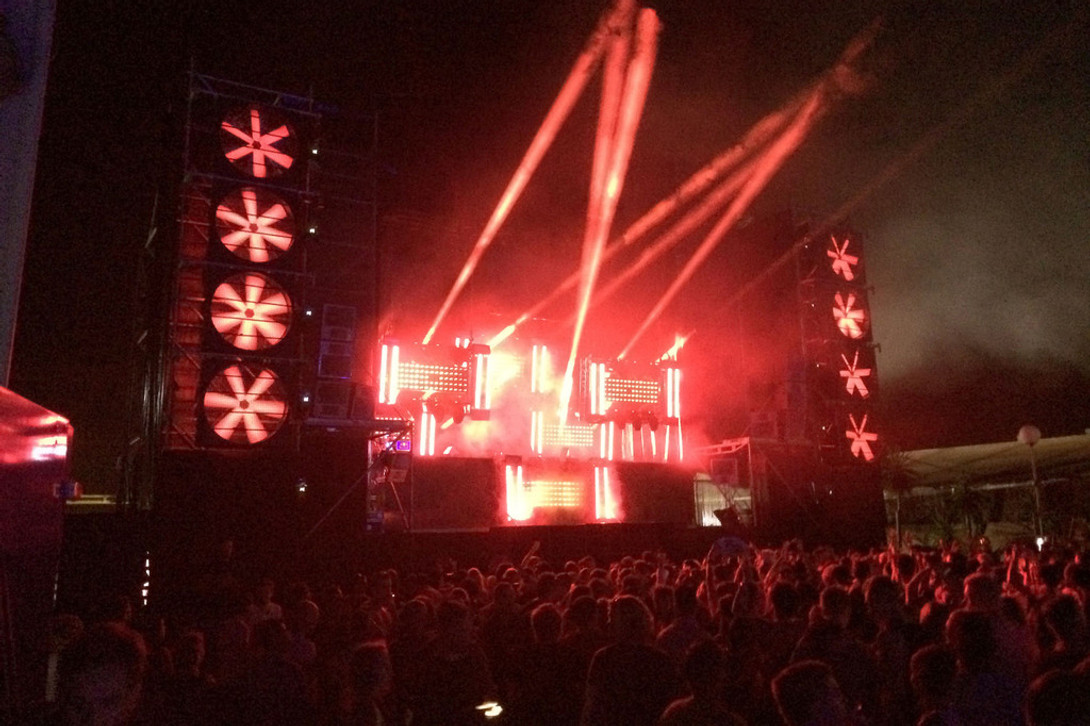