Robe for Gatecrasher in Johannesburg 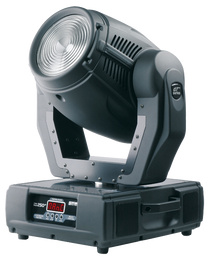 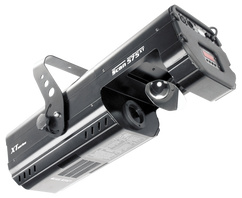 Robe ROBIN 300E Wash, ColorWash 250E AT and Scan 575 moving lights  were prominent on the rig designed by Gert Smith from XGX Productions, the company contracted to supply the full technical package for the event.

The creative brief for the lighting was to combine contemporary LED lightsources with old skool rave techniques, using very fast movement, bright colours and lots of gobo looks and beamwork to rock the house.

The lighting kit was rigged on to a 10 x 7 metre Eurotruss roof structure installed in the club’s outdoor space for the event, with the ROBIN 300s positioned along the top of a 4 x 3 metre LED screen behind the DJ booth.

The ROBIN 300E Washes are a new investment for XGX, purchased from Robe’s South African distributor, DWR. So far they have been extremely well received, “They worked perfectly as a colour wash and also provided some great eye-candy for the massive crowd,” says Gert.

The Scan 575 XTs were alternated with the ROBIN 300E Washes along the top of the LED screen frame, and the ColorWash 250E ATs were placed on the stage deck and the DJ booth, used for skimming thick, flat slices of light over the crowd.

All lighting – which included other moving lights, generics and LED sources -  was programmed onto an Avolites Tiger Touch console which was operated by Gert for the show.

The event was a massive success, and both the promoters and Gatecrasher were delighted with the production values and results brought to the party by XGX.

XGX Productions first invested in the Robe brand in 2005, when they were the first touring production company in South Africa to do so. 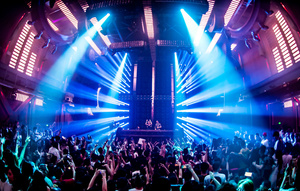