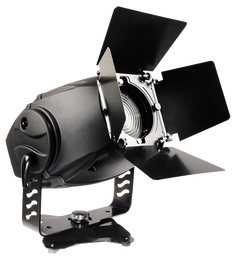 Working for his client Suntec City Galleria, Fischer was asked onboard to co-ordinate all the necessary multimedia elements – including music and lighting and the control system required - to transform the fountain into a ‘show’. The general aim is to establish the location as a meeting place and talking point at the core of Suntec’s new high-end retail space.

Integral to achieving this goal was careful and considered lighting the feature. Fischer wanted a scheme that was essentially “Simple and straightforward but with a touch of sophistication – that brought colour and movement into the space”.

The challenging elements of lighting a water fountain like this include the fact that much darkness as possible is ideally needed to accentuate and highlight the nuances and textures of the water droplets. This task is also complicated by the high levels of ambient light coming from all the shops and walkway lighting.

Fisher wanted to use the smallest possible fixtures, so they could be recessed and concealed in the surrounding ceiling, but they had to offer a really wide range of colour and dynamics – which was another delicate balance to achieve.

He choose 4 Robe ColorMix 250AT and 8 Robe MS Zoom 250XT fixtures for the task, all of which are mounted around the fountain.

These were supplied by Robe SEA, run by Louis Teo, who comments, “I have worked with Jason on various different jobs, and he had been wanting to incorporate Robe moving lights into one of his projects for some time. When this came up, it was the ideal opportunity”.

The fixtures are programmed to throw an array of colour and gobo chases onto the water, around the base area of the fountain, onto the water jets themselves as well as the surrounding areas, generally enhancing the fountain, adding drama and energy as it ‘dances’ through it’s routine.

The 10 minute shows run every 30 minutes throughout the day, 14 hours a day, so the lights certainly get a good work out, again making it essential that they used robust, good quality units that can also operate in high humidity conditions. So far, the Robe’s have all run like clockwork, “I was told by several people that Robe is one of the most reliable brands across its entire range, and this was also a deciding factor to go with them” confirms Fischer.

The show is run from a DMX recorder which is linked into the building management control system which also dims the surrounding lighting just prior to the show starting up. 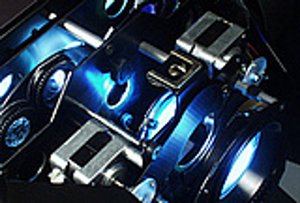 We have released service manuals for the new FORTE™ and SPOTE™ fixtures, have some interesting news about additional green adjustment (tint channel) for ESPRITE™ and will also mention other updates and releases to technical documentation.