Nutcracker on tour in Italy 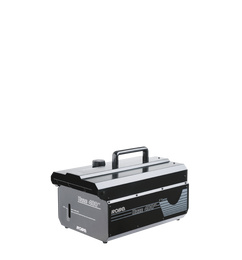 Amodio and Luzzati’s renowned production of ballet classic The ‘Nutcracker’ made its debut at Teatro Comunale in Modena in November 2016, before touring to other key Italian cities for 10 weeks. It was produced by Daniele Cipriani Entertainment and lit by Marco Policastro ... using Robe DL4S Profiles and the new Spiider LED wash beams.

This production – which had been originally staged by the company AterBalletto in the 1980s and 1990s – was again choreographed by Amedeo Amodio (then AterBalletto’s director) and featured eye-catching set designs by Oscar-nominated Italian designer, painter, animator and illustrator, Emanuele Luzzati.

It was also acclaimed for its highly imaginative shadow work which featured prominently in this show. This was devised for the original production by the artists of the Teatro Gioco Vita.

Amedeo Amodio was also very much involved in the lighting of the show, and the type of fixtures used and their positioning was absolutely central to the production, which is one of the greats of classical ballet.

Over the last 30 years, this production has also been revived by Teatro Massimo in Palermo, by Teatro dell’Opera in Roma and finally by Cipriani who took it on this regional tour, restoring all the back-cloths and costumes from the original performances by Alterballeto.

“Nothing has essentially changed over the 30 years in the approach to lighting this piece …. Apart from the types of lights available”, says Marco, who chose the 12 x Robe Spiiders, 14 x DL4S Profiles, together with two Robe Haze 400 foggers and other fixtures.

He’s not a fan of front wash light, so the aim was to create a selection of soft and contrasty looks.

“The big lighting challenges were to create specific and detailed scenes for when the stage was full of artists, and preserving the impact of the emotive and compelling shadow work whilst giving it a new and contemporary twist 30 years on!”

Four Spiiders were positioned in the centre of three over-stage trusses. The DL4S Profiles were rigged on the left and right ends of these same trusses.

Marco used the Spiiders for some detailed work as well as to provide a subtle front wash that didn’t really look like a front wash!

”Thanks to their large zoom range, they can easily be shifted from Wash to Beam mode, and during the show I also used the Flower effect ... all the time trying not to be too invasive because it is a classic ballet and there are certain lines that you just don’t cross when lighting such a performance!”

“The DL4S Profiles provided some nice contrasting light and gobo looks and were also utilized for specials. The precision of the shutters and the beam shaper really helped to tighten and fine-tune the look and quality of the light”.

Marco also revealed that he was keen to use LED technology for energy saving.

He has been a lighting professional for 20 years, mainly working in theatre and a number of alternative spaces like clubs and product show rooms. He’s been using Robe for some time because the products have always met his requirements as a lighting designer. Talking about the brand generally right now, he says “The strength of Robe’s products is in their multi-functionality - they are good for any application and that’s why they are so popular!”

This version of the Nutcracker will be touring again in November 2017.